What economic benefits are expected from the 2012 London Olympics?

The government announced in January 2009 that more than 30,000 new jobs will be
created between 2009 and 2012. Recent news coverage suggests the construction
workforce for the Olympic site is expected to increase to around 6,000 by the end of
2009, despite the economic downturn which is affecting many other parts of the
construction industry.

In terms of jobs, figures from the Olympic Delivery Authority from September 2008
show that 24% of the 2,701 workers are local residents, 58% are from London, and 9%
were previously unemployed . However, the ODA’s target of 10 to 15% of jobs
going to people living in the five ‘host’ boroughs has been criticised by Diane Abbott MP
as ‘pitifully unambitious’ and the construction workers’ union Ucatt says the
proportion of migrant labour employed on the Olympic site is at least 42% (the average
for London) and ‘there is a real issue of migrant workers being recruited by employment
agencies and then exploited through low pay and excessive working hours’. These
claims are supported by research by the New Economics Foundation .

The London Development Agency and the five ‘host’ London boroughs (Greenwich,
Hackney, Newham, Tower Hamlets and Waltham Forest) have set out detailed plans
for the regeneration of the area around Stratford and Hackney Wick. The plans cover a
30-year development period after 2012. Other planned benefits include 10,000 new
homes, in addition to up to 3,000 in the Olympic village; a National Skills Academy for
Sports housed in the Olympic stadium, and a hub for creative and technology-based
industries. The London Assembly has also published its own recommendations to help
ensure that economic regeneration, skills and employment benefits are felt by people
living locally.

Outside of London, regional development agencies are involved in skills development
work linked to the Games. For instance, the East of England Development Agency  is
working with the Legacy Trust to encourage unemployed people to take on volunteer
roles in culture and sport in the build-up to the 2012 Games. The aim is that volunteers
will gain skills and experience which will potentially help them back into paid work.
There are also expected to be supply chain opportunities for up to 75,000 businesses
across the country to supply goods and services to the Games 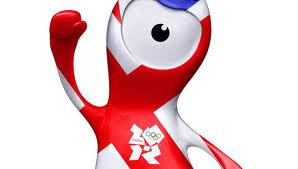