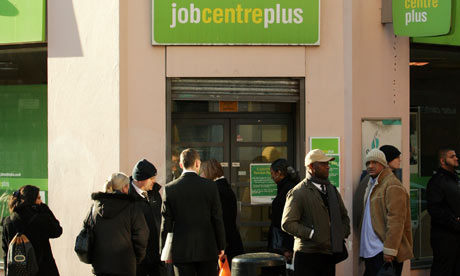 Unemployment fell by 35,000 to 2.65 million over the December-to-February period, according to the Office for National Statistics (ONS).

The unemployment rate edged down from a 12-year high of 8.4% to 8.3%, the lowest level since the summer of last year.

That is the highest total since October 2009, according to the ONS.

“If you look at the longer-term picture, unemployment rose quite strongly during the summer of last year, then the increases tailed off a bit towards the end of the year,” Nick Palmer from the ONS told BBC News.